As gripping and unforgettable as Fredrik Backman’s Bear Town and Kristin Hannah’s The Great Alone, this haunting novel digs into the impact of a fatal avalanche on a small BC mountain town, as seen through the eyes of those who survive the tragedy.

Last Winter is the story of a child who might not survive the heartbreak of her father’s death and a mother who struggles to both parent and manage her grief in the grips of a Bipolar crisis.

Fiona and Gus’s marriage has veered off course. Fiona’s mental health is shaky at best, and is now further strained under the weight of a transgression that she would like to both forget and repeat. Gus, a pro snowboarder turned backcountry guide, is exhausted by Fiona’s mood swings and her ambivalence about their relationship, but mostly by the impact of her erratic behaviour on their eight-year-old daughter, Ruby. Ruby loves them both, but has a much closer relationship with her father, and has stopped talking in the face of the tensions between her parents.

In the midst of this marital crisis, Gus takes Ruby’s class on an overnight trip into the wilderness, where Ruby is one of only two children to survive the avalanche that kills the others, including her beloved father. While Fiona’s mental health is unravelled further by grief, Ruby is flattened by Gus’s loss. After the search ends with no sign of her father, Ruby is determined to find him herself, using the survival skills he taught her and believing that he must still be alive. Her trek back into the snow sets off events that stretches her own resourcefulness and her mother’s fragile coping skills to the breaking point.

Atmospheric and deftly told with an economy of words and a finely tuned gaze on the small moments that build up to an inexorable and shocking end, Last Winter is a contemporary drama that will grip readers both for the story and for the vibrant portrayal of the complexities of family life. 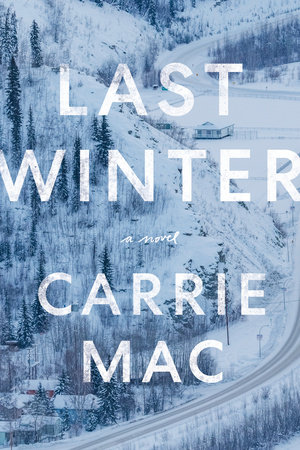