The Maddox siblings’ world has been ripped from them yet again.

With thousands of Triskelians dead at the hands of the Keyland Guard, Eli and Sabine flee with the survivors to the safety of Cascadia. Seth, missing for days before rescue from beneath the rubble, is horrified to discover that he is presumed guilty for the ambush. And so he goes into exile.

As the devastated Triskelian survivors recuperate at a safe mountain retreat, and grieve their terrible losses, Seth finds his way to the wretched city of Triban. There, he begins amassing an army of orphan boys and children from the street. When the time is right, he and his child soldiers will fight the war that will topple the Keys once and for all—proving to Triskelia and, most importantly, to his siblings that the massacre wasn’t his fault.

Meanwhile, Sabine, as the Triskelians’ new leader, must deal with the pressures of organizing an angry, desperate, vengeful people, as well as Eli’s increasing resistance to her plans.

Justice or revenge… As the three siblings struggle separately with tragedy and its aftermath, they will each discover their destiny, their own form of retribution. And all three will be left with blood on their hands.

Shortlisted, The Sunburst Award for Canadian Literature of the Fantastic 2008 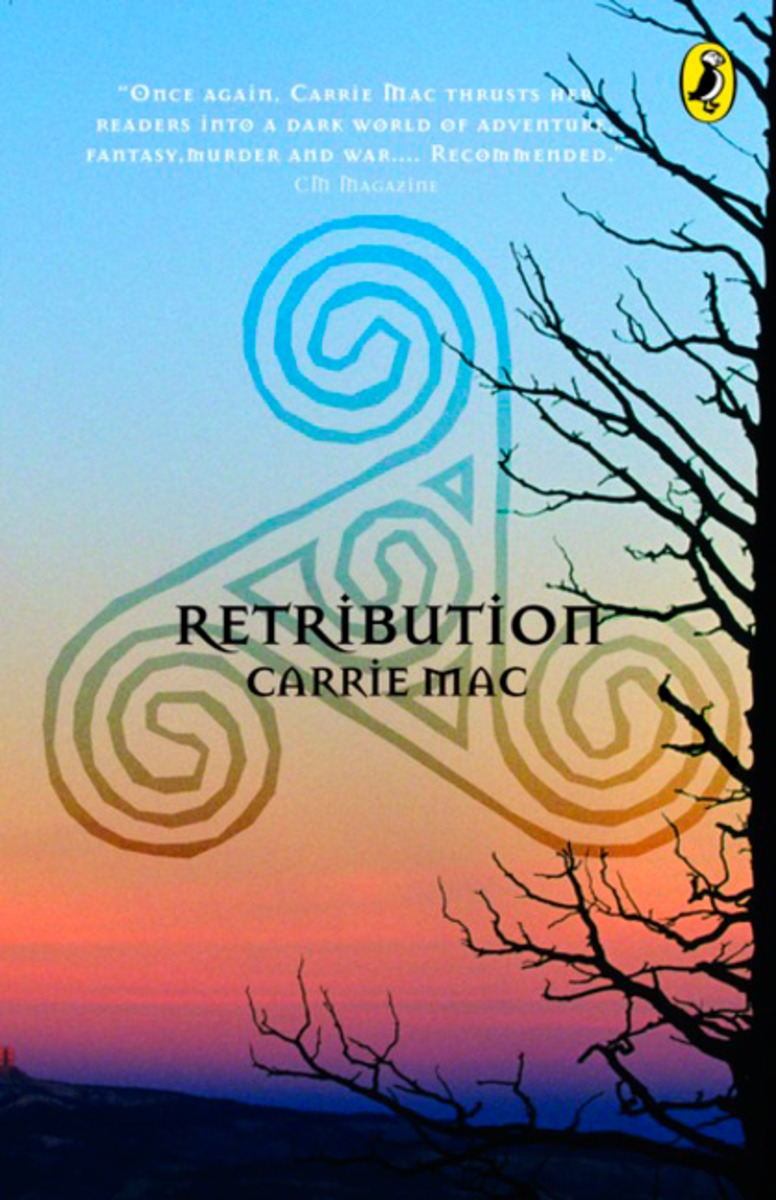