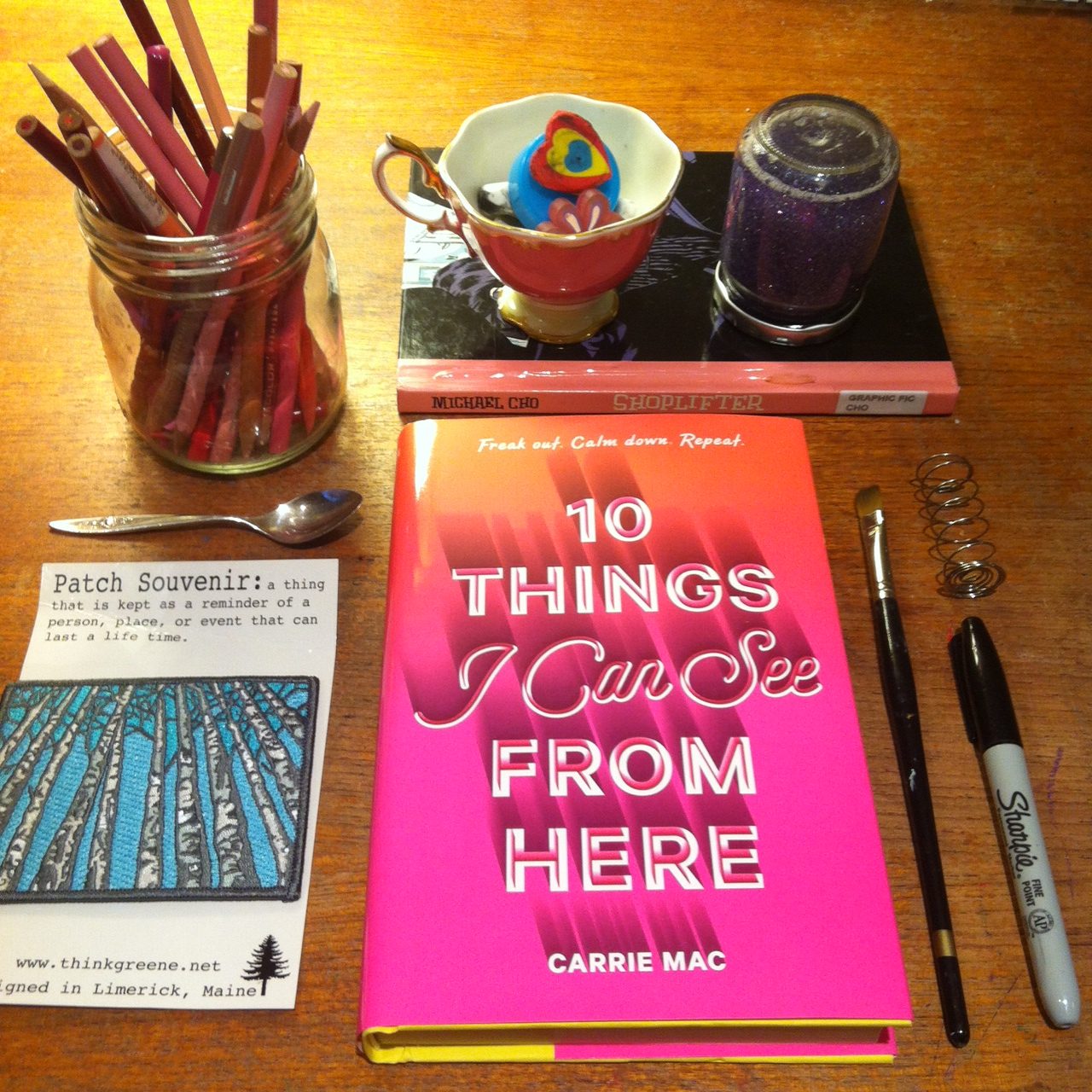 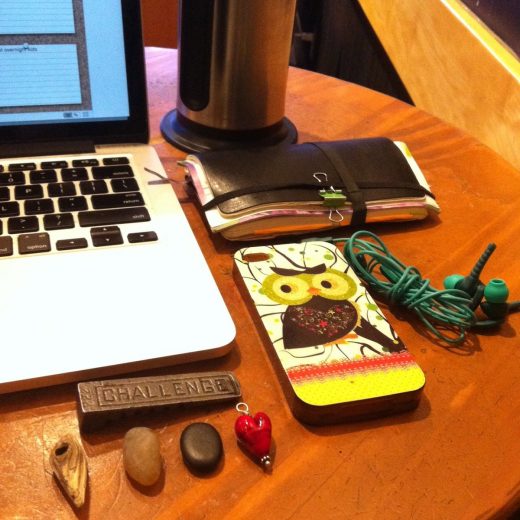 I realize there’s no gorgeous pink book in this one by me, but the file is open on the computer.

@CarrieMacWrites #10THINGS is such a lovely book, cover to story. I am so excited for everyone to read it! pic.twitter.com/Xn1EPg13ic 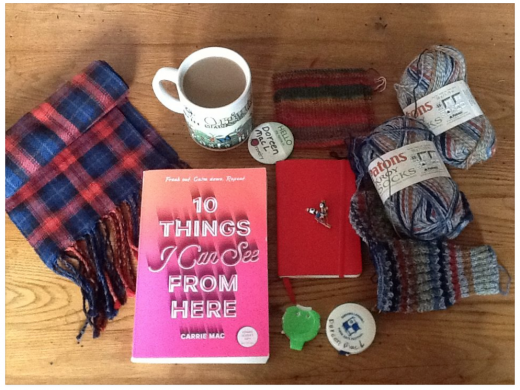 From my mom, the master weaver and fibre artist extraordinaire. 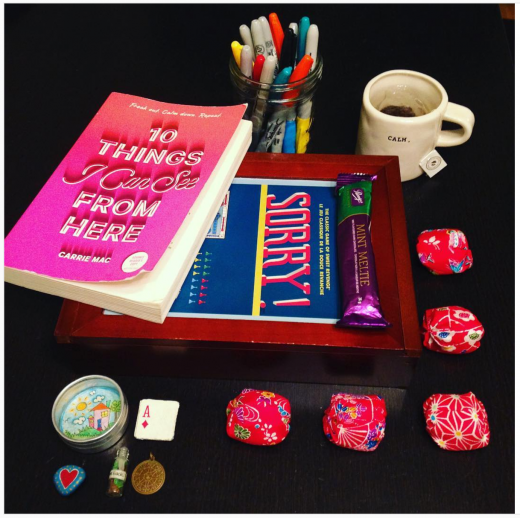 From my bestie-sis Sam who I’ve known since we were eight and whose front door is ten feet from mine.

These two are from the Foxy Cloth family … 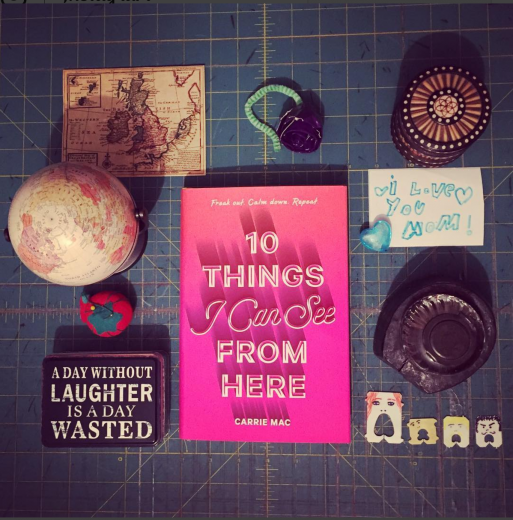 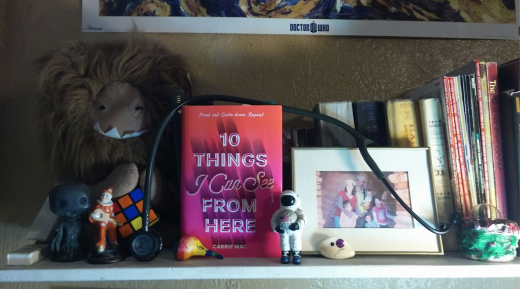 This one is all the way from Florida. Thanks, Courtney! 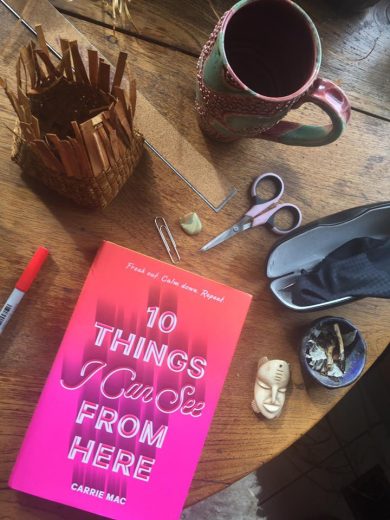 This one from my friend and tattoo artist Kim Sirrs. She’s weaving that cedar basket! With her own hands!

Here are 10 things on my desk right now in honor of #10things‘ book birthday. The book is *number one*!!! @CarrieMacWrites @kellyunderwater pic.twitter.com/vErTAoeucf

In honor of the gorgeous (inside & out) #10ThingsICanSeeFromHere here are #10Things on my desk. Yes, that’s a Star Crunch. Don’t judge. 😛 pic.twitter.com/I9ENZmbW3r

Here are my #10things to celebrate this fantastic book-10 THINGS I CAN SEE FROM HERE by @CarrieMacWrites that deals with anxiety really well pic.twitter.com/Odb14QcZu0

Here are my #10THINGS for #10THINGS by @CarrieMacWrites!💖💕💅🏼🎀🌸
This is an excellent f/f novel with an anxious MC! pic.twitter.com/BWLqqXMJTn

@CarrieMacWrites idk if anyone else thinks these are lovely but I do! pic.twitter.com/8mkVSzE2sI