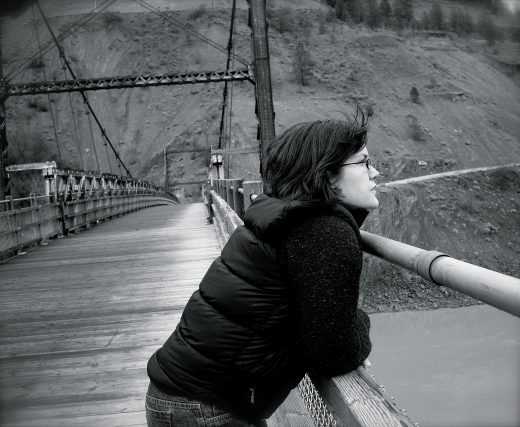 “After nourishment, shelter and companionship, stories are the things we need most in the world.” — Philip Pullman

Carrie Mac is an award-winning author who lives in East Vancouver with her two children. 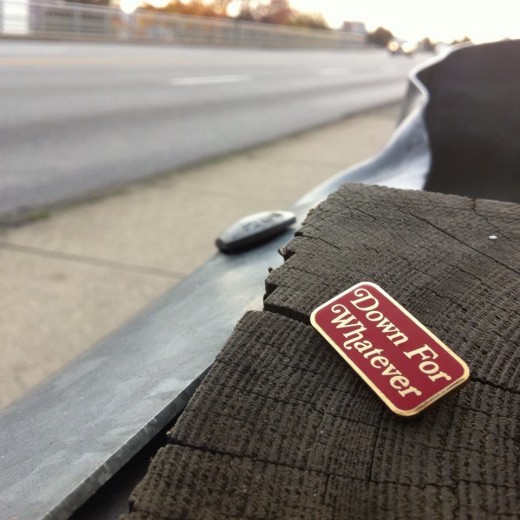 In a fistful of words:

I have read a million books, and happily sat the feet of a legion of story tellers. My first job was reading the bible to a Doukhobor named Nickolai who was a Son of Freedom in his youth. That was when I was seven. He paid me a quarter a page, but I would’ve paid him for all the stories he told about homemade bombs and marching naked down the street. I have been making things up for as long as I can remember. A compulsive liar as a youth, and an author now. There’s not much difference. I tell stories for a living, and I cannot think of any other job I could actually do with any level of competence.

I wander a lot. It helps me think.

It helps me to not go crazy. 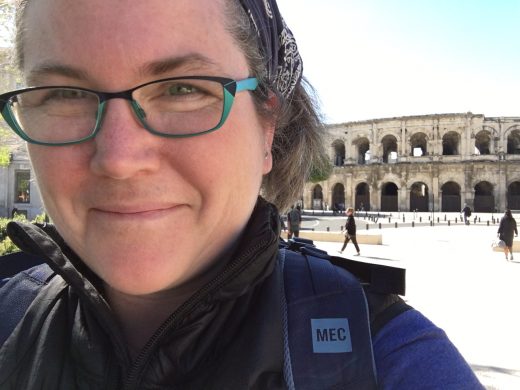 “We travel, some of us forever, to seek other places, other lives, other souls. — Anais Nin

I’m available for author appearances at schools, literary events, and libraries anywhere on our globe. I offer writing workshops for all ages, and can adjust the content to accommodate any curriculum and timeframes from an hour up to a week and from groups of six to six hundred. Some of the themes of my presentations include the creative process, characterization, plot development, story arc, and building imaginary worlds. I’ve presented at middle schools, high schools, libraries, literary events, universities, writers groups and bookclubs.

I’ve also been known to tell a very tall tale on buses, planes, playgrounds, and pretty much anywhere
where there is someone willing to listen, and–truly–who doesn’t want to hear a good yarn?

I’m a Queer widow, who lives with my two unschooled kids and The Cat with a Thousand Names in East Van, overlooking the shipyards and with a great view of the crows heading home to roost at Still Creek each day at dusk. I watch them whenever I can. Their organized-disorganized flight overhead is equal parts mesmerizing and reassuring. I love that they wait for each other along the way, so no one goes home alone.

This video is of one of their waiting spots, where they hang out until more crows come before they move on to collect the crows from the next waiting spot.

This was dawn, New Years Eve, on one of my city wanders.

And then sometimes the sky is calm, and the crows are graceful black slices of silk against the blue.

That’s how I work as a writer. The crazy cacophony. The calm. The in-between. 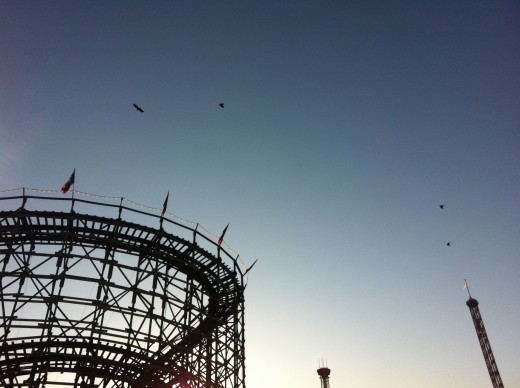 Wooden rollercoaster, taken from outside the fence at Playland. Vancouver, BC

My son took this photo of me in Budapest, at breakfast one morning. It is perhaps the best portrait of me, as it captures how I move through the world. Awake and engaged and mostly smiling, but also discouraged and fearful and tired. I offer this vulnerable portrait of me to encourage others to hold both selves together as best they can and keep moving through the world, collecting the shiny bits, like the  crows do.

Look for the shiny.

Carrie Mac is the award-winning author of - most recently - WILDFIRE, published by Knopf, USA. For more information about her work, please check out the BOOKS section.